As more homebuyers come to value energy efficiency, builders are ensuring more homes are HERS rated to reflect the building quality.

According to RESNet, administrator of the HERS Index system, Dave Roberts of the National Renewable Energy Research Laboratory (NREL) has been researching the penetration of the HERS Index in the U.S. housing market. His research discovered that in 2016, 22% of all completed new homes in the U.S. were HERS rated.

NREL’s research also broke down the percentage of completed new homes in 2016 that were HERS rated by state.

The top states  in terms of percentage of new completed homes that were HERS rated in 2016 are: 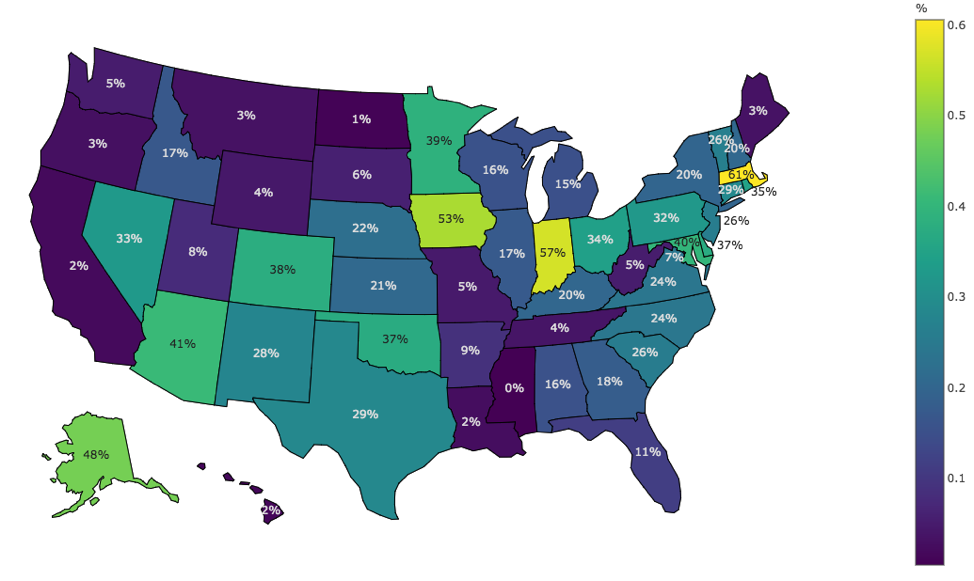 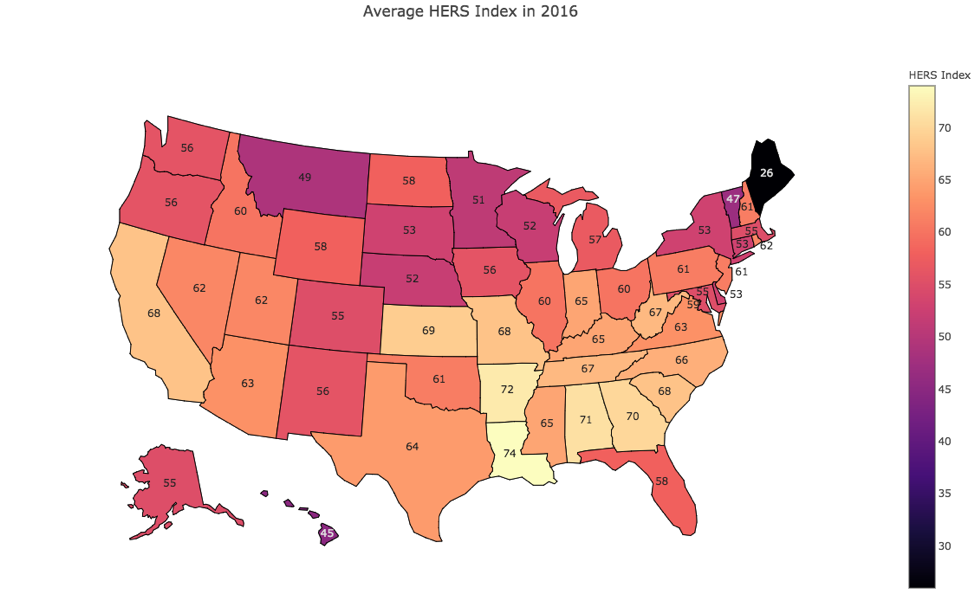 The sources for the NREL analysis were data of homes HERS rated in 2016 by state from RESNET’s National Building Registry and the number of completed homes by state from the U.S. Census Bureau.

NREL also reported on the breakdown by state of the average HERS Index score of homes HERS rated in 2016.

The states with the lowest average HERS Index scores of HERS rated homes in 2016 are:

NREL also reported on the breakdown by state of the number of homes HERS rated in 2016.

The top states with HERS rated homes in 2016 are: 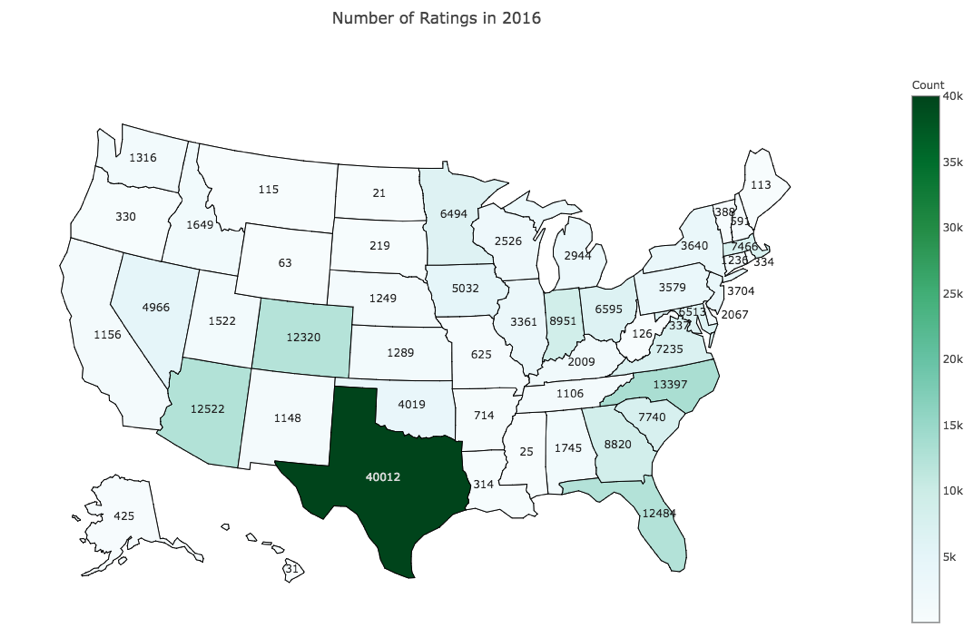