Photos by John Miller via Sloan

The University started in 2014 on a four-year plan to transform the 88-year-old athletic complex and its surrounding areas into more than just a sporting venue, but also a year-round epicenter for academic and student life.

The result was the Campus Crossroads Project (CCP), the largest building initiative in the school’s history designed to place Notre Dame Stadium at the intersection of research, student life, event and hospitality space.

Notre Dame and Sloan have a 112-year relationship, which led to Sloan products being designated as the Basis of Design for Notre Dame’s entire expansion and renovation, the company reported in a recent case study.

A total of 2,105 Sloan products were specified as part of the CCP, including water closets, urinals, Royal and ECOS flushometers, BASYS and Optima faucets and soap dispensers in both new construction and renovations. 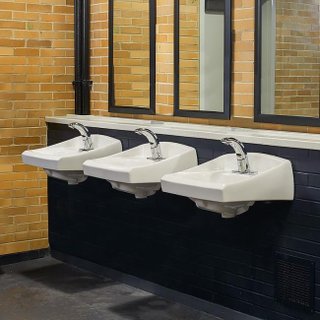 Sloan’s Optima sensor faucets provided water-efficient and hygienic solutions for the majority of the CCP installations. Sloan’s BASYS faucets were also specified for the remainder of the projects, installed in buildings such as McCourtney Hall, Jenkins/Nanovic Hall and parts of the stadium. With their 0.5 gpm and sensor-based, touch-free operation, the BASYS faucets also allowed for above deck access for maintenance and adjustments, along with customized engraved crowns sporting the Notre Dame logo. 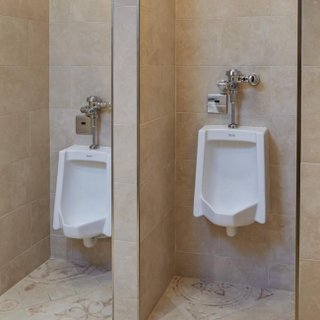 Sloan Royal sensor urinal flushometers and SU-1009 urinals were installed across each phase of the CCP, delivering their water-saving and hygienic benefits to the Duncan Student Center, Notre Dame’s music department in O’Neill Hall and more. The sensor-activated urinal flushometer only uses 0.125 gpf, one eight of a gallon per flush, limits false flushes with an eight-second arming time and reduces maintenance and operation costs. This type of durability and water conservation is especially critical in high-traffic facilities like the Student Center and the Smith Center for Recreational Sports. 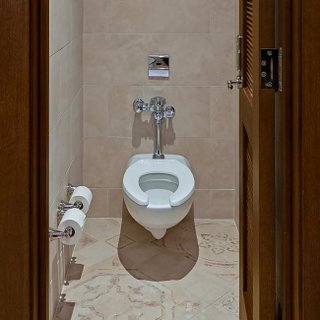 Notre Dame was challenged to keep its vitreous china water closets and urinals clean due to high traffic and the use of well water. Sloan provided its unique and proprietary SloanTec Hydrophobic Glaze on all of the fixtures. SloanTec’s uses nanotechnology to create a liquid repelling surface seven times greater than other glazes making it easier to clean and keep cleaner longer. It also eliminated rust stains that had previously been a challenge for the Notre Dame janitorial staff to clean. 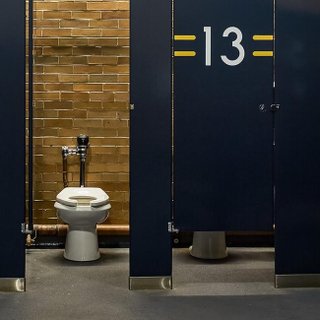 A first down for flush volumes

ECOS dual-flush sensor-activated flushometers were specified for the third and final phase of the CCP, the renovation of Notre Dame Stadium. Matched with Sloan's wall-hung and floor-mounted water closets, the ECOS 8111 automatically provides 81,000 Fighting Irish fans a full flush (1.6 gpf) or a reduced flush (1.1 gpf), based on the time spent in sensor range to reduce water use by up to 30 percent.