Earth Day laid the foundation, so to speak, for raising awareness about the depletion of the world’s natural resources.

The high-performance building industry advanced the effort with approaches and products that were environmentally friendly, drove efficiencies and capitalized on renewable energy.

Bringing all of that together has made for structures that these days contain some of the highest-quality indoor air – clean air that, studies show, fosters better health and enhances cognitive ability.

And now, with Earth Day 2018 on Saturday, April 22, a new report detailing the poor state of air worldwide helps make the case for high-performance buildings as a necessity for the health of the global population.

More than 95 percent of Earth’s population breathes unhealthy air, with the poorest nations hit the hardest, according to annual State of Global Air Report, published by the Health Effects Institute (HEI).Researchers found that long-term exposure to air pollution contributed to an estimated 6.1 million deaths across the globe in 2016.

The report says exposure to air pollution led to strokes, heart attacks, lung cancer and chronic lung disease, causing many of those premature deaths. It also ranked air pollution as the fourth-highest cause of death among all health risks globally, behind high blood pressure, diet and smoking.

Closer to home, more than 4 in 10 Americans live with unhealthy air, according to the American Lung Association’s 2018 “State of the Air” report. The top seven most ozone-polluted cities are in California, with Los Angeles being the worst.

“Air pollution takes a huge personal toll worldwide, making it difficult to breathe for those with respiratory disease, sending the young and old to the hospital, missing school and work, and contributing to early death," Bob O'Keefe, vice president of HEI, said.

In fact, the need for such tools has pushed the value of the indoor air quality monitor market past $2.5 billion and put it on a trajectory to top $4.63 billion by 2022.

"The trends we report show real progress in some parts of the world, but serious challenges remain to eliminate this avoidable affliction," O’Keefe said. 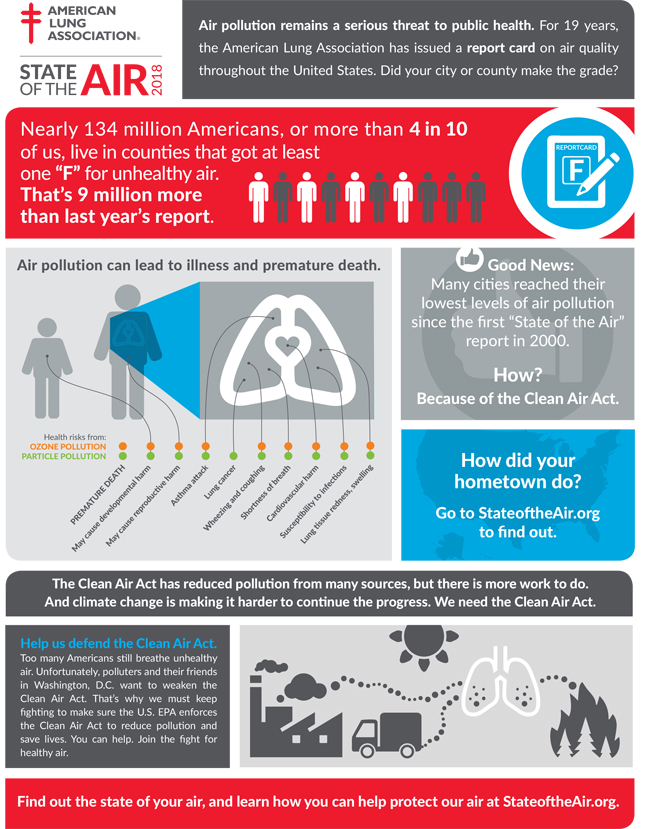